What is an ADP/ACP TEST?

ADP is the abbreviation for Average Deferral Percentage and tests employee deferrals (pre-tax and Roth).  ACP is the abbreviation for Average Contribution Percentage and tests Employer Matching contributions. 401(k) plans are required to perform this test each year, unless the plan utilizes and funds a Safe Harbor Contribution. The test is intended to make sure that highly compensated employees, owners and family members of owners do not benefit at a much greater level than non-highly compensated employees. To maintain plan tax-qualified status, the test must be passed.

Who are Highly Compensated Employees?

How are the refunded contributions determined?

The IRS has specific rules on how the refund amounts are calculated. The refunds begin with the Highly Compensated employee with the highest dollar amount contribution. His or her contribution is lowered first, to the dollar level of the next highest employee. Then both contributions are lowered together until reaching the next highest employee’s dollar level, and so on, until the total dollar amount of refunds returned equals that determined under the IRS procedures for calculating the refund amount. It is important to note that the employer cannot determine who gets a contribution refunded. It is determined only by IRS rules.

What are the tax effects of the contribution refund?

The intended effect of the refund is to restore each participant and the plan to the financial position they would have been in had the contributions been limited to pass the test in the first place.

With the passing of the Pension Protection ACT of 2006, the refunds, regardless of when they are distributed, are taxable to the participant as compensation in the year that the distribution was made.  This was a change from prior years and became effective for plan years beginning after 1/1/2008.  The refund contributions will include a small adjustment for any investment earnings during the year to put the plan in the same position it would have been in had the contributions not been made in the first place. If the refund is not distributed within 2½ months of the year-end, but distributed within 12 months of the year-end, the refund is subject to a 10% excise tax assessed on the plan sponsor.  All refunds must be made within 12 months of the applicable plan year end.  It is important that ADP/ACP testing is completed in enough time to allow time for the plan’s investment provider to pay these refunds.  If distributions are made within the 2½-month time frame, the excise tax can be avoided.

A contribution refund is not an IRS penalty; it is merely an adjustment to the affected employees’ plan contributions. The employees still benefit from the tax-deferral on the contributions not refunded. This adjustment preserves the tax-qualified status of the plan, and the tax deferral of contributions and earnings that remain in the plan. The fact that a refund is necessary is not an indication of some failure on the part of the plan sponsor or administrators; it is just an adjustment to limit the contributions of the Highly Compensated employees to the appropriate amount as specified in the Internal Revenue Code.  In fact, the positive aspect of a failure and timely refunds is that the Highly Compensated employees will receive the highest deferral amount possible. 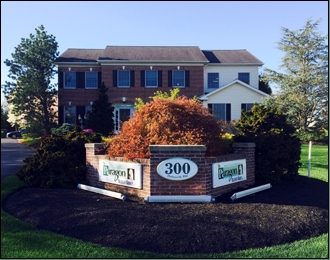